Artists presenting these concerts have adhered to strict and rigorous social distancing guidelines and safety measures.

JAM on the Marsh presents this festival of new virtual concerts and exhibitions supporting both performers and venues, which comes at a huge cost to the JAM charity.

Please donate to help create a vibrant future for JAM on the Marsh. 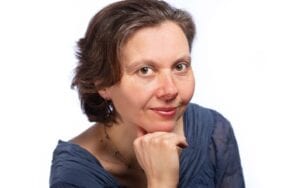 Rachel Fryer has performed Bach’s Goldberg Variations many times over the years, and this has led her to Variations Down the Line, an exciting new project presenting Bach’s Variations interwoven with five 21st century responses, co-commissioned by JAM for this year’s festival.

In this first concert, Rachel will perform the first half of Bach’s Goldberg Variations (nos. 1-15) with world premieres of two sets of three variations composed by Samuel Becker and Julian Broughton.

Variations Down the Line I

Variations Down the Line - Interview with Composers

JAM on the Marsh: Virtual

for a chance to win a magnum of champagne