– creating a legacy of new music

Celebrating 20 years, JAM (John Armitage Memorial Trust) has commissioned an immense number of works from some of the most important composers in the UK influencing the classical music repertoire in the UK and around the world.

JAM was founded in 2000, in memory of my father John Armitage; JAM stands for John Armitage Memorial. John was a trumpet player who played many forms of music. His ‘day job’ was in advertising, and after he retired, he began a music degree at Canterbury Christchurch University. During his time at Christchurch, he realised just how difficult it was for composers to become established. Together he and I began looking at how we might be able to help enable such composers. Before we were able to progress this idea, John contracted cancer, and after a short illness, died in December 1998 aged 63.

In the first few months of 2000, I started revisiting the idea that Dad and I had been looking at and started talking to some like-minded friends and colleagues, such as Charles Cochrane and Timothy Jackson (JAM founding Trustees), Robert Jones (Director of Music at St. Bride’s Church) and David Gordon-Shute (Onyx Brass). With their guidance, together we clarified the idea that JAM would support composers of music for choir, brass and organ. These forms had a direct connection with Dad – brass as he was a trumpeter, choir and organ as he had been brought up surrounded by liturgical music. For many years, John’s father had been a Precentor at Westminster Abbey before becoming Priest in Charge at St. Bride’s, where he was responsible for overseeing the rebuilding of the church following its near destruction by enemy bombing in World War II. From this kernel of an idea, JAM held its first concert in March 2001, at St. Bride’s Church. In 2002 we opened our doors to our first Call for Music, something that continues annually, and gave our first concert of new music from this call. The concert also included our first commission: Timothy Jackson’s astonishing No Answer.

JAM’s Call for Music, its commissioning and its March concert remain at the heart of our work. Since 2000 JAM has given performances of 130 new pieces of music, either submitted to or commissioned by the charity. The list of names that we have commissioned is a who’s who of British composers of our day: Jonathan Dove, Paul Patterson, John McCabe, Judith Bingham, Adam Gorb, Gabriel Jackson, Steve Martland, Tariq O’Regan, Paul Mealor, Philip Cashian, Rory Boyle, Julian Philips, Phillip Cooke, Giles Swayne, Thea Musgrave, Tom Harrold and Daniel Saleeb. Many of these pieces have been broadcast by the BBC, some have won awards such as the British Composer Awards and many have been performed across the UK and abroad, including the US, New Zealand, Canada and France. 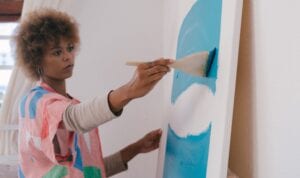 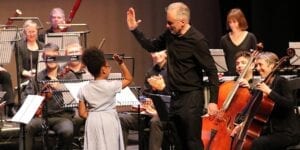 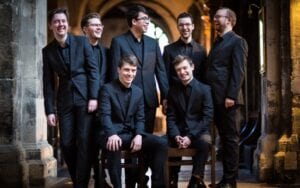 JAM on the Marsh: 2020 Festival Update

We use cookies to ensure that we give you the best experience on our website. If you continue to use this site we will assume that you are happy with it.Accept